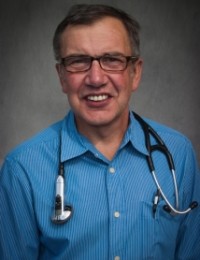 Dr. Villar was born in Spain but considers himself a Virginia native, having lived most of his life in Charlottesville. Early on he developed a keen interest in animals, having been in their constant company as a child. His family owned a small farm that at one time or another raised pet horses, cattle, sheep, goats, pigs, dogs, cats, chickens, ducks and let’s not forget his prize winning donkey, Mikey.

Dr. Villar pursued his Bachelor’s at the University of Virginia, where he spent his weekends and summers assisting in diabetes research at the UVa Medical School. Between college and veterinary school Dr. Villar did two tours in the US Navy, where he was assigned to the surface ships USS Dewey and USS Belknap. After his time in the service he was accepted to Colorado State University of Veterinary Medicine and Biomedical Sciences. Keenly interested in Emergency and Critical Care medicine, he did his externship at the Animal Medical Center, focusing on this important aspect of veterinary medicine.

Dr. Villar has practiced in Colorado, North Carolina, and the thirteen most recent years in Northern Virginia, where he lives with his wife Jennifer, their twin daughters Sophie and Nora, and pets Annie, Kitty and Charlie.